Science You Can Do At Home! 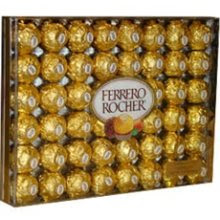 I discovered a new effect this Christmas I am calling the Stevie-Electric Effect.

In order to repeat the experiment in your home, you will need to buy these delicious chocs and eat them. No science can be done until all the chocs are consumed, and the Stevie-Electric Effect has not yet been demonstrated effectively using cheaper packages of said chocs, nor with inferior choccy comestibles so don't waste your time and funding on economy lash-ups.

Carefully remove the now-empty inner tray from the plastic box, along with the stiff glossy paper insert that lies under it. You may notice the paper sticks to the tray with a noticeable static charge.

Rub the tray against the paper using a flat hand to support the paper and gripping the tray in the middle with pinched fingers. You will notice a slight build up of static.

Now prepare yourself for the experience of the mighty Stevie-Electric Effect, which I already called bagsies and dibs on so don't try re-labeling it in the way scientists so often do to steal other people's hard work and insight.

Aligning the paper and tray so there is no overlap, gently move the tray back and forth by no more than a half inch. You should notice a rapid build-up of a ferocious static charge, far in excess of any that can be obtained by rubbing the tray on the paper over a wider path. Eventually the tray will stick so firmly to the paper that sliding the tray will become very difficult.

You have now demonstrated the Stevie-Electric Effect and should be in awe of my science powers and like that.

Labels: Science You Can Do At Home, The Stevie-Electric Effect

If you cut up some paper into confetti-sized scraps, and put them inside the now empty plastic box, then rub the transparent lid with some soft fabric, the confetti leaps and falls about in a very attractive manner.

We are both awesomely awesome elector-scientific innovators. Time for science, and that means more chox to scoff.